All Blog Posts / LGBTQ+ Canadian Artists You Need to Know

At the end of last we put together a blog post which detailed some of the amazing drag performers across Canada that you should be following. I really can’t stress the word SOME enough. Canada boasts an abundance of talented performers, across all the provinces. We just don’t have enough days in a working week to write about them all. After the blog post went live, we saw some amazing responses of support and some great suggestions of performers for future posts.

After the posts success we wanted to recognize artists outside the realm of drag (although it is a topic we could talk about for days). Canada has a huge variety of talent that seeps from every corner of the country. So as well as following and supporting your local drag performers, we encourage you to take some time to get to know some amazingly gifted Canadian LGBTQ visual artists.

As with our last post, we can only name a few here, even though we are spoilt for talent.

Jaik Puppyteeth is a queer artist based in Vancouver. He creates all of his eerily dark yet vibrant illustrations that are showcased on his addictive instagram feed @puppyteeth from his studio in Chinatown. You might have seen his signature cartoon style caricatures before, they’re often shared across social media and have garnered the attention of drag race royalty, with fans including Trixie Mattel, Katya, Sasha Velour and Trinity The Tuck to name a few.

His satirical illustrations are creepy, yet in a good way (who even knew that was possible), all of which showcase the cynicism and hopelessness across themes that include death, sex, childhood and social ideals. We’re such fans of Puppyteeth at OUTtv that we’ve collaborated with him on a number of occasions to create illustrations for projects. 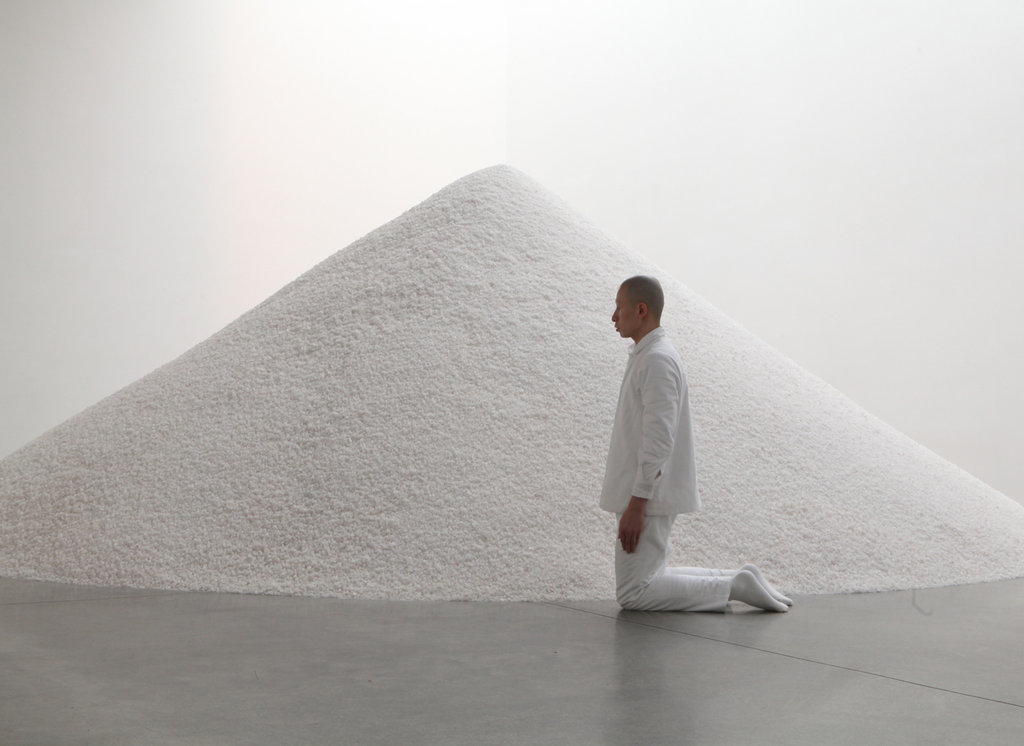 Originally working under the alias ‘asianpunkboy,’ Koh’s artistic work spans across a variety of formats including drawing, sculpting and performance art. Although he now resides in California, he grew up in Mississauga, Ontario. Koh became a pretty big deal in the world of art following an installation at Art Basel in 2007 where he exhibited his own gold plated excrement, which he went on to sell for a cool $500,000. He has referred to himself as ‘the Naomi Campbell of the art world.’

His work has been exhibited in institutions across the world including the Museum of Modern Art, New York, the Tate Modern, London, UK and the Kunsthalle Zurich, Switzerland, basically he is pretty big deal.  And if that list of achievements still doesn’t impress you, Koh has worked with some pretty notable people, including Lady Gaga whom he struck up a friendship with at the 2010 Grammy’s where Lady Gaga performed on a piano that was designed by Koh.

Often known by her pseudonym, Obom, Diane Obomsawin is celebrated as an author, illustrator and animator and resides in Montreal. Much of Obomsawin’s work explores the subject of lesbian first love. In 2014 Obomsawin published her graphic novel, On Loving Women which explores sexual identity, love and relationships. The novel was later adapted into an animated short titled J’aime les filles (I like girls), and went on to receive the Nelvana Grand Prize for Independent Short at the 40th Ottawa International Animation Festival in 2016 as well as being screened at over 40 international festivals.

Adrienne Crossman is described as an interdisciplinary artist, educator and curator and works in Hamilton and Windsor, Ontario. Their practise ‘investigates the liminality between the digital and the physical while highlighting queer sensibilities in the everyday.’ Their work has a strong focus on queer representation in the media and looks closely at how the words trans and non-binary apply to media. Their most recent piece used popular culture as means to talk about gender binaries through the use of Spongebob Squarepants.

Crossman has previously taken up residencies in Syracuse (NY), Montréal (QC), Artscape Gibraltar Point on the Toronto Islands (ON), and Studio Beat (studio-beat.com). Their art has been exhibited across Canada at Xpace Cultural Centre (Toronto, Ontario), Idea Exchange (Cambridge, Ontario) and Studio L’Eloi (Montreal, Quebec) as well as in Moscow Biennale for Young Art in Russia.

Not only known as a novelist (you may know his 1991 international bestseller Generation X: Tales for an Accelerated Culture) he is also a well respected artist. Coupland resides in West Vancouver although was born in Germany. For those who live in Vancouver, you would have seen his sculpture of the ‘Digital Orca’ that is installed next to the Vancouver Convention Centre. His work also graces the streets of Toronto (Bathurst Steet and Lake Shore Boulevard), with his ‘Monument to the War of 1812’ that commemorates British North America’s success in the battle against the American forces in the war of 1812.

Coupland’s has showcased two museum retrospectives; Everything is Anything is Anywhere is Everywhere at the Vancouver Art Gallery, The Royal Ontario Museum and the Museum of Contemporary Canadian Art, and Bit Rot which was displayed at Rotterdam’s Witte de With Center for Contemporary Art and Munich’s Villa Stücke. In 2015 – 2016 he took on the role of artist in residence in the Paris Google Institute. In June 2018, an installation titled ‘The National Portrait’ which comprised of over 1,000 3-D printed heads and busts opened at the Ottawa Art Gallery to rave reviews.

Saskatoon native Zachari Logan is an artist who works mainly in drawing, ceramics and installation. He has previously stated in an interview that he ‘sees a desire to challenge male representation in art.’
His work has been exhibited in countries across North America, Europe and Asia. He has been an artist in residence across various locations including Galerie Jean Roch Dard in Paris, Sassafras ARC/ Liberty in Tennessee, Alberta College of Art and Design in Calgary and at the Angus-Hughes Gallery in London.

As well as his solo success, Logan has collaborated with several artists including Ross Bleckner and Sophie Calle. He was awarded the Lieutenant Governors Award for emerging artists in 2014 and an Alumni of Influence Award from the University of Saskatchewan the following year. Continuing the yearly tradition, he was long-listed for the Sobey Award in 2016.

Based in Toronto, Syrus Marcus Ware is a visual artist, community activist, researcher, youth-advocate and educator. As an artist his mediums include painting, installation and performance with his work exploring ‘the spaces between and around identities; acting as provocations to our understandings of gender, sexuality and race.’ In addition to this, Syrus is a core-team member of Black Lives Matter Toronto and has worked with Blackness Yes! to produce the black queer and trans stage at Pride titled Blockorama. He is also a founding member of the Prison Justice Action Committee of Toronto.

Syrus’s work has been exhibited at numerous galleries across Canada including the Art Gallery of Ontario, the Art Gallery of Windsor and Art Gallery of York University (AGYU). His work has also been published in FUSE magazine,The Globe and Mail, THIS Magazine, and Blackness and Sexualities as well as several academic journals including Small Axe and Women and Environment International.

Syrus is well-recognized for both his art and his work as an activist. Back in 2005 he was voted “Best Queer Activist” by Now Magazine and in 2012 was awarded the Steinet and Ferreiro Award for LGBT community leadership and activism. In 2015 he was named a Vanier Scholar and ranked 7th nationally, He was names the TD Arts Diversity Award winner in 2017 through the Toronto Arts Foundation and the Toronto Arts Council. Syrus was part of the Canadian Jury for the Inside Out LGBT Film and Video Festival in Toronto in 2013, the Intergenerational LGBTQ Artist Residency Jury in 2015 and 2017, and the Ontario Public Service exhibition jury for “Queer Landscapes, Queer Journeys: Reflections of LGBTQ rights and struggles in Ontario today” in 2015 and 2017. AA Bronson, an artist who lives and works in both Toronto and Berlin describes himself as an artist, healer, curator, and educator. He was a founding member of the artist’ group General Idea which he started in 1969 alongside Felix Partz and Jorge Zontal. The group lived and worked together for 25 years, producing artwork around their being together. The group were also known for their early involvement in punk, queer theory and AIDS activism.

After the death of his partners in 1994, AA Bronson has gone on to become a solo artist, with a lot of his work centring around the theme of trauma, loss, death and healing. In addition to his artwork, Bronson began working professionally as a healer, something which became a big part of his artistic identity. In 2004, Bronson took on the role as Director for Printed Matter, a non-profit organization dedicated to the dissemination, understanding and appreciation of artists’ books. He then went on to be the founder of both the NY Art Book Fair and later the LA Art Book Fair.

AA Bronson has received numerous awards over the years and three honorary doctorates. He was made an Officer of the Order of Canada in 2008 and named a Chevalier de l’ordre des arts et des lettres by the French government in 2001.

Award- winning Paul Wong is a multimedia artist who is well known for his focus on issues of race, sex and death. Hailing from Prince Edward, Wong has exhibited and produced projects across North America, Europe and Asia. His work can be seen in National Gallery of Canada, the Museum of Modern Art in New York, the Canada Council Art Bank in Ottawa and Vancouver Art Gallery.

In 2010 Wong was the lead artist and curator of the “5” series, an art installation commissioned by the City of Vancouver for the 2010 Winter Olympic Games. The project showcased work from both Wong and several selected guest artists. In 2011 curated a piece for the City of Vancouver Public Art Project entitled 10 Seconds. The piece brought together 10 artists to create new works for the Canada Line SkyTrain video screens. In 2013 he created #OMGSMAZ” social media art zones as part of the 2013 Main Street Car Free Day and Kitsilano Music Festival and in 2014 he was the curator and artistic director of Thru the Trapdoor, an interdisciplinary art exhibition and event which featured over 50 artists and curators.

Wong’s work can be seen on display in the likes of the National Gallery of Canada, the Canada Council Art Bank in Ottawa, The Vancouver Art Gallery and the Museum of Modern Art in New York. He has numerous awards and accolades to his name including the Bell Canada Award in Video Art in 1992, the first recipient of the Transforming Art Award from the Asian Heritage Foundation in 2002, the Trailblazer Expressions Award in 2003, the Governor General’s Award in Visual and Media Arts in 2005. He was also the the recipient of the Audain Prize for Lifetime Achievement in the Visual Arts.

Know of some great LGBTQ+ artists in Canada, or just anyone who is talented and should be featured on our blog? Then pop us an email at hello@outtv.ca. We’d love to hear from you!